From tennis to padel

Is it really best coming to padel from tennis?

Usually the first question I ask as a coach with a new padel player – do you have a racket sports background? Have you played tennis? The reason I ask is not because I am expecting players to be better or worse, just wanting to get an understanding for their tendencies on court. This will also help me relate new padel skills to previously learned patterns.

When a tennis player takes to the court there are often a few areas they are quite good at:

But there are also areas that often are more difficult:

– Going for Dropshots and Winners

Disclaimer – not all tennis players, but from what I’ve noticed in those lessons. 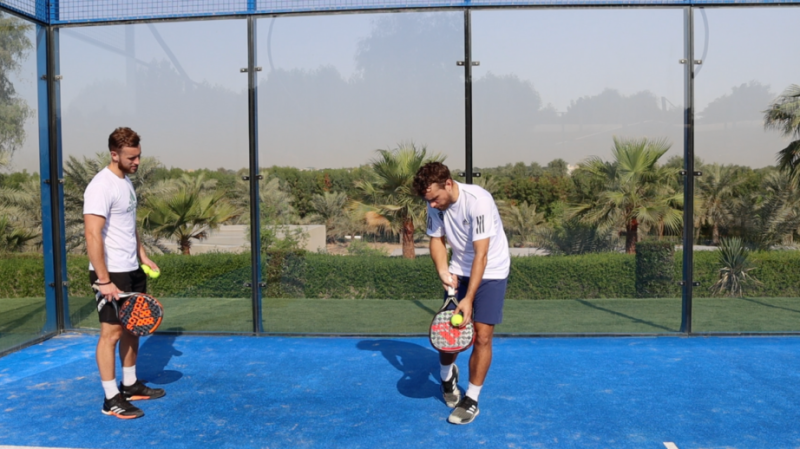 The one thing that tennis players (who have been taught) do, that non-racket sports players do not do is… the Split Step. When it comes to shot preparation and movement, this is so crucial – here is a video on the shot preparation to help get you started. So if you come from a different sport, try to learn the split step from the moment you start padel!!

Another racket sports playing demographic that take up padel are squash players. When a squash player comes to the court the areas they do well:

– Generate power from the back

But the areas of difficulty:

Disclaimer – not all squash players, but from what I’ve noticed in those lessons.

Here is a video moving from squash to padel to give some pointers!

Now I know this might upset people grouping all the other sports but this would be a book if I took every single sport individually. But in this group I am including football players, hockey players, cyclists, athletics etc.

There are a few advantages to not having the racket sports background – I have found that these players are often better at the “flow” of a point. By that I mean, they are quite good at moving from attacking in the point to defending and then to attack again. Tennis players often find it difficult changing their mindset during a point – once they start attacking they continue regardless of what happens. This might seem a small advantage compared to the tennis players, but it is a really important one.

The other huge advantage to coming to padel like this is the lack of habits. You do not have the loopy swings of tennis groundstrokes to change or the high elbow in squash groundstrokes. Breaking a habit that these players would’ve built up over many years sometimes can be very difficult to change.

I have noticed that tennis players usually are most confident straight away, as there are so many similarities. Squash players take a little bit more time, but also adapt quite quickly. Then non-racket sports players take a bit longer, but often find the need to take lessons to get the technique right – which often can have them playing better than both of the other groups before long.

In this article we discuss 5 tips you should use when you are learning padel to help you in the right direction!

The advice I would give to all of the players, regardless of their background is to spend the time learning the techniques at the beginning. Padel is a new sport – treat it like one! Just because you can pick the game up quickly, does not mean you will naturally have the right technique.

Take it from a padel coach – it is much easier to mould the technique of a new player than to try and change bad habits accumulated from a few years of playing without direction.