World Padel Tour Miami: A Fantastic Next Step for Padel in the US

A Great Start to the 2022 Season of the World Padel Tour!

Our first international trip of 2022 is for the first ever World Padel Tour in Miami. Upon my arrival, I was ready for a new level of competition, and I got exactly what I came for. Each day started with training at Wynwood Padel Club, and then during the afternoons we were thrilled to watch some of the best players in the world compete.

The venue setup for the Miami World Padel Tour was top notch. The location was right between South Beach and Downtown, making it a breeze for cars, taxis, and ubers to get to. There was a central court and two outside courts, all with decent spectator access. As competition heightened throughout the week, the number of people watching steadily increased. In upcoming years, the venue could increase capacity for general admission. In addition, the VIP tents and seating areas were ample and had great access. Networking with other players and coaches was easy, and only added to the professional ambiance.

The crowd and noise levels were probably higher than many players are used to at typical Spanish tournaments, but every time these tournaments are held in a new country, the atmosphere (and overall approach) to live sporting events will vary. Professionals at the top of their game will overcome these types of dramatic changes with class and focus.

The players were treated like all the highest level sportsmen with VIP service put on by the gracious host. The players appreciated the treatment from the very start. If any players were frustrated by the wild card allocation or the general buzz around the court, they definitely did not show it before they played or while they were winning.

The speed of the stadium court was extremely slow, explaining the early exit of some of the game’s best attacking players (like Galan/Lebron) and could be the reason the master tactician (Bela) was able to come through with relative ease. A great showing from Bela’s partner, Coello, (now the youngest player to win a WPT event) led them to a decisive win in the finals. 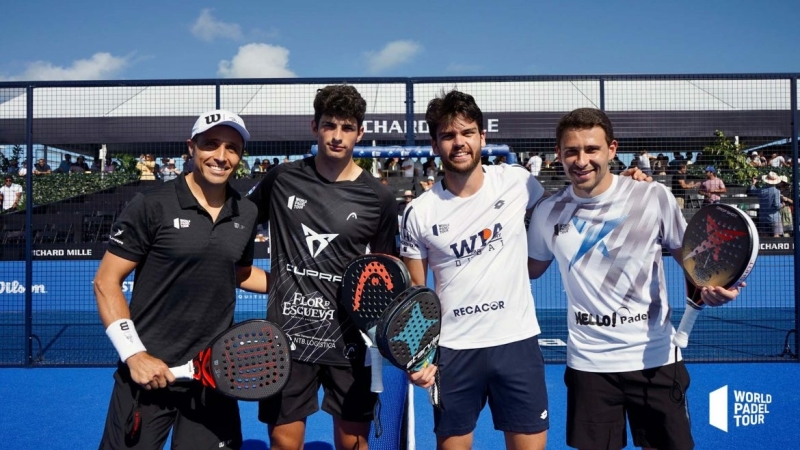 I loved watching the new top pair and entertaining duo of Garrido/Campagnolo. They showed great attitude, class, and fight throughout the week. The ladies were dominated quite comfortably by Salazar and Triay, who were many people’s top pick going into the tournament!

The atmosphere among the spectators and local people involved in the sport was great to see and gives hope for a rapid growth of the game in the US. Right now, the game has been off to a bit of a slow start in the US, (even though it’s one of the fastest growing sports in the world!) and Miami is probably the city with the most courts (at approximately a dozen). There is a big latino influence in Miami which was clearly seen on the court, but it was encouraging to many Amercians coming to play and spectate during this incredible week of padel.

I am excited to watch the development of padel in Miami and the rest of the US in the coming years and hope it won’t be long until we are back across the pond for some more padel! Hopefully we will see you there. 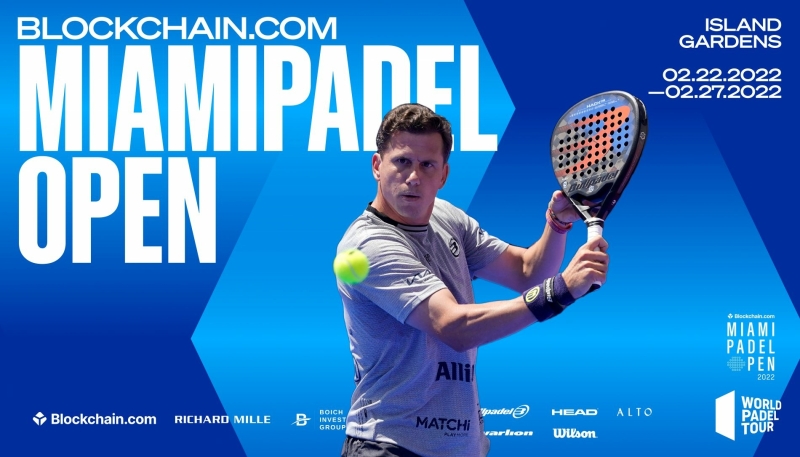